The History of Pneus Acqui Group 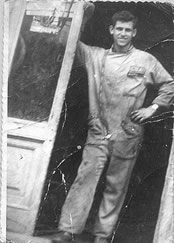 Once upon a time there was a young man who used to work in his uncle's tyre shop. It was the late 1950's, the decade of the Fiat Topolino, the Lambretta, the Italian economic boom and the 4.25-15. The free spirit and sense of enterprise of this young man drove him to follow a separate path. Initially he set up two tyre shops on his own, but soon realised that his future did not lie in his being a retail dealer.
He therefore decided to dedicate himself to the wholesale trade dealing primarily in used and retread tyres: Pneus Acqui was therefore created. It was 1968, and this decision changed his entire life.

As in all good fairy tales, Mr Assandri had the good fortune to encounter some important people both in France and Germany, who helped him to widen his horizons. With this he began to work with many African distributors (and even today, Africa remains the "traditional" market for Pneus Acqui).

He learnt French and English filling 15 passports with stamps. From Africa, business relationships spread like a spider's web to all five continents, creating a network of solid and friendly partnerships based on reliability, punctuality and precision.
Whilst he continued with his international business travelling from one country to another ( from Argentina to Romania, from Korea to Senegal etc.) he was consolidating and nurturing the retail business in Italy. From all this, a company was created - Pneus Sette - dedicated solely to the Italian market with the set up of over 40 shops. His international experience in the field granted him the possibility to become familiar with new worlds and markets. This, together with his experience of the Italian market, allowed him to immediately adapt everything that he saw and absorbed in other countries that he visited (United States, Australia, Europe) and transform them into a national reality. 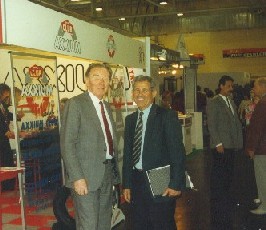 All this allowed him to create a new system of Customer Loyalty for his sale points, (Garanzia Totale - Total Guarantee and the network Pneus Expert) which quickly roused the interest of manufacturers who realised the potential behind the project. That is, up until an important German manufacturer decided to buy the entire system. Mr. Assandri then created a private brand of tyres, AXXIUM. (produced by the most important Italian tyre manufacturer) and a European Club with more than 300 shops, to which sole permission was granted to sell Axxium products. Moreover, Axxium tyres were the proud owners of a special passport, which granted the holders with a series of benefits which they could make use of in all Club shops. The Axxium trademark was then bought buy its own manufacturer. In the meanwhile, the tireless Mr. Assandri continues to create new projects and to collaborate and support the marketing and promotion of some important manufacturers thanks to his polyhedral experience matured in 40 years in the business. The new millennium has begun: The Fiat Topolino no longer exists, nor does the 4.25-15.

However, some things still do exist. Mr. Assandri and Pneus Acqui still stand strong, thanks to their experience and their profound knowledge of the tyre business. As they say…. The rest is history.